My attention has been drawn to a thread of tweets on Twitter shared by Kelechi Udoagwu (Kelechi), with Twitter Handle, @anti_ratrace between 2 – 3 June 2020 (the Tweets).

She posted a serious allegation against me on Twitter.  Due to the sensitive nature of this allegation, I have consulted extensively with my family, colleagues and business partners at Tizeti on how best to address this allegations.

At this point I would like to start correcting the facts and state that I never had a MEST mentor-mentee relationship with Kelechi. MEST has confirmed it on their blog (and in the statement in the image below), however Kelechi and I did meet at a MEST event  in Accra during which I addressed MEST cohorts. Kelechi and I never had any mentorship session and I never sexually harassed her.

As a business leader, I maintain strong standards against any form of sexual harassment, or discrimination in the workplace. I am a firm believer in equal opportunities for women and upholding and protecting women’s rights generally.

While, I strongly empathize with any one who believes they have been the victim of a sexual assault, I eagerly await the outcome of the independent investigation which I am confident will exonerate me of any wrongdoing in this matter.

Update (7th July 2020): Tizeti has completed the investigation and cleared me of the allegation https://www.tizeti.com/independent-investigation-tizeti-ceo-kendall-ananyi/ 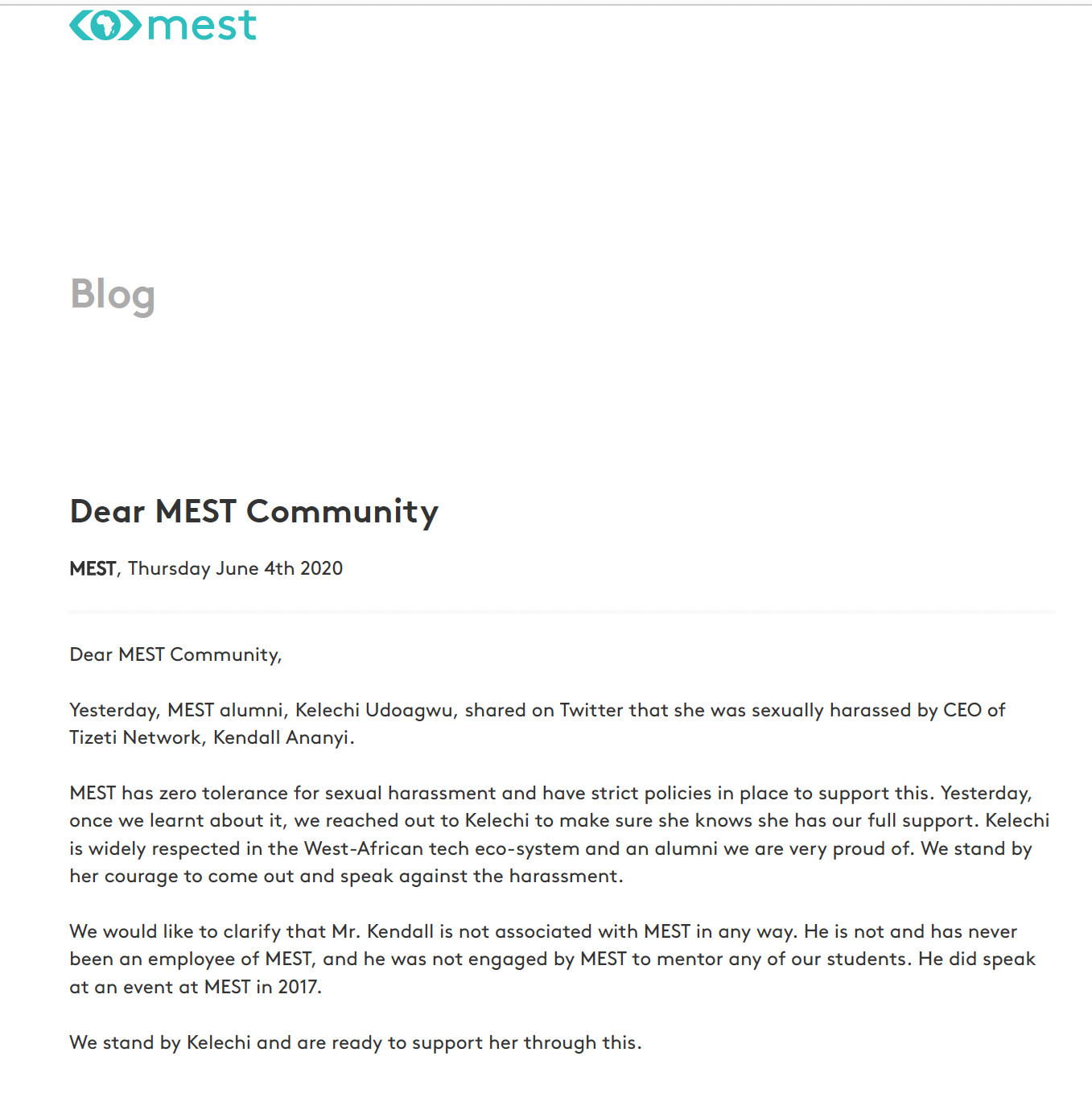 Kelechi was also not at MEST as claimed in her tweets. See below

Kendall Ananyi – Investing in a Y

Kendall Ananyi on Investing in An African

Kendall Ananyi on Angel Investing – My