Last month, Stripe’s $200m acquisition of Paystack closed, the fairytale ending to my 1st Angel investment. The acquisition had been announced back in October 2020 and closed in January 2021.

Paystack went live on Radar https://radar.techcabal.com/t/paystack-is-live/4161 on January 26th 2016. The reviews were great. A week later (February 3rd 2016), I was introduced to the CEO, Shola Akinlade while they were still at Y Combinator. Tizeti was looking for a better solution for payments and their recurring payments solution was innovative & appealing since it was a pain point for a lot of my customers. We weren’t satisfied with Zenith’s Globalpay which utilized Interswitch to allow our customers make payment for their subscription online. It didn’t have recurring billing and each month our customers had to remember to login to our portal ahead of their subscription expiration. This slowed adoption on our portal and they instead preferred to make payments directly to our account or cash at our office.

We integrated with Paystack and went live February 2016

Our customers adopted the payment platform immediately and we got great feedback. We reached a Million Naira in transactions in less than a month and 98% of our customers signed up for recurring billing.

Our customers loved it so much that over time we made the bold decision months later (way ahead of the Central Bank’s cashless policy) to discontinue cash payments and doubled down on online payment channels.

Paystack was a solution to a problem I and many businesses had. The business model was a big step away from the incumbent Interswitch whose business model involved charging a one time setup fee of N250k. I then thought to myself that I should invest in this company…. but this was March 2016., angel investing wasn’t a thing in Nigeria. I started discussing it with my family & close friends and they were skeptical….and I decided to just follow the company’s progress and traction.

After Y Combinator Demo day. I got the investor deck, watched the demo day video and saw the exponential growth rate. I was convinced that this was going to be a great company. I was also elated that they had mentioned an “Internet Service Provider” as one of their customers and I made the decision to invest and emailed Shola on March 28th 2016.

I then told some of my friends about the opportunity so they could also consider investing …..they all said “hell NO” to making an investment (almost 3 months pay), in a company with a handful of customers, to a Nigerian who I have never met, in a different country, for an idea with a large competitor :).

Back in 2016, most passive investing done by folks in the Oil & Gas industry in Nigeria was limited to real estate. Their employees cooperative society pretty much built most of Lekki, Lagos. Every 1st quarter they would invest in real estate projects. I had grown tired of the ‘boring’ visits to empty plots of land or uncompleted buildings in estates. It was really uninspiring since over the last 3 decades, the Best and Brightest Engineers had ended up working for a Major Oil & Gas Producing Company and they held most of the angel investing capital by accredited investors in Nigeria and were investing in one uninspiring real estate project after another. I had pitched Paystack and my own company to them but they all said good luck with that Kendall. You see they had lost money in the Nigeria stock market crash in 2008 so its understandable that they weren’t big believers in investing in Private companies.

I became a little skeptical too and emailed Shola back and halved my investment……5 years later that would haunt me forever. Angel investing is risky. A lot of startups die but if anyone does succeeds, the ROI is huge. You should only invest what you are willing to lose.

I wired the funds in April 2016 and joked that it was my daughter’s college fund…..I considered it a long term investment for at least a decade.

We kept in touch, shared ideas back and forth and he helped Tizeti a lot. In November 2016 when Stripe raised their Series D, I sent the link to Shola and he responded……. in 5 years

On the back of the Paystack Investment and after Mark Zuckerberg visited Nigeria in Q4 2016 and 23 years after I learnt how to code, I was convinced that this was Africa’s tech time and I started making plans to finally make the jump to leave ExxonMobil and come on full time as Tizeti’s CEO. I also emailed my realtor in June 2016 to sell my home in Canada. The proceeds was then used to invest in a number of Nigerian tech companies who have collectively raised $150 million to date and operate in multiple African countries and have created thousands of jobs.

Please don’t sell a home to invest in Tech startups. It might have ended up being a really bad idea if not for the Paystack exit 🙂 The better thing to have done is invest from cash flows (like your salary or the rent from the property) instead of disposing an asset to invest in another asset class. My home was in Vancouver, the warmest part of Canada and house prices have appreciated significantly since 2016.

When you invest in a company, founders forge a great partnership with their investors. Both of you are aligned on working to create value. Shola opened up his network and I also worked every way I could to support with advice etc. You work through challenges and it’s a symbiotic relationship.

In October 2020 I got a Whatsapp message from Shola saying he has “signed with Stripe”. I initially thought it was Paystack’s Series B …then he said it was a $200m acquisition. I was super excited and went through a number of emotions.

Paystack was a 20x return on my initial investment in $ and even had a greater exit in pure Naira terms (49x) since I invested in Q1 2016 when the exchange rate was still N200 to $1 and the exchange rate is now N490 ish to $1. If you invested after Q2 2016 your return would have been impacted by the exchange rate jump from N200 to N305 and any increase in valuation of the company.

Super proud of the Paystack team and what they will go on to accomplish.

A rising tide lifts all boats….after the Paystack acquisition was announced, there has been a flurry of investors looking for the next Paystack. This is great for the ecosystem as there is a shortage of capital needed to seed invest in tech startups in the region. The exit also is giving a lot of people and firms conviction in tech in Africa. These are my tips for investing in the region

Finally, Its a bitter-sweet ending as I did feel a little sad when the exit closed and will still be one of their biggest cheerleaders.

11 replies on “Kendall Ananyi on Angel Investing – My Paystack Story”

Kendall Ananyi on Angel Investing – My

Kendall Ananyi on Fundraising for your business 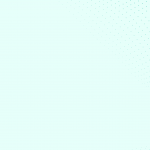 Goals of An African Teenager